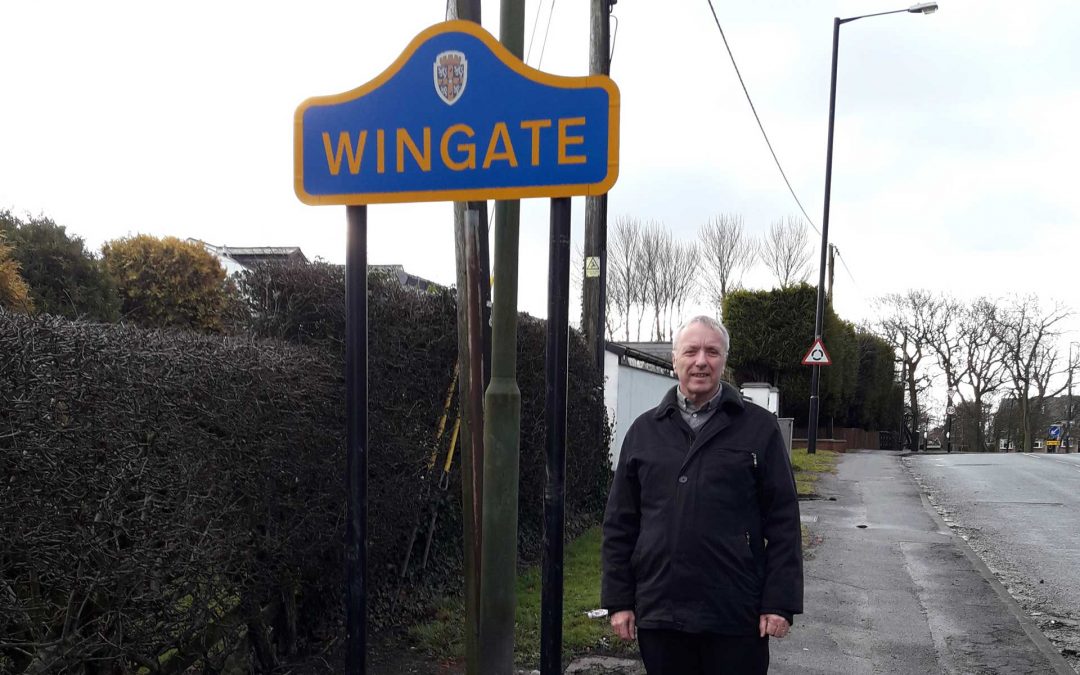 A COUNTY DURHAM councillor has helped raise thousands of pounds to prevent vulnerable families in his community from going hungry during the Coronavirus crisis.

Councillor John Higgins – a Labour Party councillor who represents Wingate – has been working closely with East Durham Area Action Partnership (AAP) to help put meals on the tables of dozens of families that are struggling to make ends meet during the crisis.

The funding comprises £3,000 from Cllr Higgins’ neighbourhood fund and the AAP for Wingate Primary School, ensuring pupils who are eligible for free school meals continue to receive food parcels and packed lunches while the school gates remain locked. He has also supported Revd Jane Grieve, vicar of Wingate, with a separate application to set up the ‘Wheatley Hill & Wingate Covid-19

Speaking about the support, Cllr Higgins said: “We received the funding last week and the feedback so far has been fantastic. We’ve had a number of messages from people thanking us for all we’ve done.

“As local councillors, we have a duty to support our communities and do all that we can to improve the lives of our residents – and we’re delighted to have been able to help so many people – in what is such a difficult period for so many families.

“Austerity had already left millions of people across the country relying on services such as foodbanks prior to the pandemic and this increased pressure has led to millions more having very little or no food at all.  I can’t thank the AAP, Wingate Primary School and Holy Trinity Church enough for their support.”

Mrs Binks, head teacher at Wingate Primary School, said: “We noticed many families were struggling during the lockdown, not just in terms of their children missing out on free school meals, but also in the sourcing of essential items such as cheese, bread and milk.

“Initially we used food from our suppliers and donations from staff to produce our food parcels however we knew this would be hard to sustain, so we approached Cllr Higgins – who is also a governor at the school – for support and he suggested applying for a grant.

“This led to us securing a total of £3,000 from the AAP and Cllr Higgins’ neighbourhood fund, meaning we can now sustainably provide 20 food parcels – twice a week – to families who need them most.  I think the situation has been a huge shock to many families and initiatives like this are crucial to ensuring people continue to receive the vital support they need.”

Rev Canon Jane Grieve, the vicar for Wingate, Station Town, Hutton Henry, Wheatley Hill and Thornley, runs Wingate Foodbank (part of the County Durham Foodbank network) from Holy Trinity Church, and is using the funding from the AAP to extend its Saturday morning food parcel service to every day of the week, which provides much-needed supplies to some of the community’s most vulnerable residents.

Rev Grieve added: “The funding from the AAP has been a huge help to several foodbanks in the area who now work in partnership, and we can’t thank them, our partners and the local community enough for their incredible generosity throughout this difficult period.

“Since the outbreak of the pandemic, the foodbank has been constantly stocked, with so many local people donating food and essential items. I’d also like to thank Paul Daly and his volunteers from the local Labour party who have helped deliver leaflets to homes in surrounding villages, ensuring local residents are aware of the support on offer to them – it’s been a real community effort.”