Following mounting public anger at the Valuation Office Agency decision that council tax would not be backdated on buildings converted into homes without planning permission at North Lodge, Durham, council leader Simon Henig has requested chief officers look into all possible options for appeal of the national decision and that the VOA decision should be justified in Parliament. 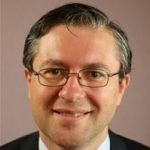 “As a party that is committed to fairness, as soon as we were aware of a potential breach in regulations at North Lodge, council officers were instructed to investigate the matter. In turn, Durham County Council alerted the Valuation Office Agency, which provided details of the required changes in respect to property. However, while there have been historical breaches of planning and building control regulation, which date back to the time of the former Durham City Council, the current council was unable to take enforcement action due to the amount of time that had elapsed.

“People will want to know how, once again, the Government’s senior adviser is avoiding facing any consequences for breaching a set of regulations to which everyone else is expected to adhere. It seems that anyone working for the Prime Minister is exempt from the rules that apply to the rest of us.

“I have asked that all options to appeal this decision be considered. Furthermore, it is imperative that the Valuation Office Agency be made accountable for this decision in Parliament so that public confidence in the council tax system be maintained.”