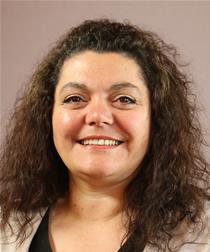 The vast majority of councillors backed the motion, tabled by Cllr Angela Surtees – portfolio holder for Social Inclusion – for the authority to lend its weight to the ‘Right to Food’ campaign.

But the county’s Conservative party either voted against it or abstained, with one councillor stating: “…how many of these people relying on food banks see their right to a given as having the latest iPhone, big screen television or whatever else they put before the food.”

Cllr Surtees said: “My Labour colleagues and I refuse to let anyone go hungry in our county and it was a proud moment to see this motion pass, with passionate backing from the party. We must hold the Government’s feet to fire on food poverty and ensure everybody in this country has the right to food, not matter what their financial position may be.

“However, I was furious listening to Conservative councillors trot out the old lazy cliches about people putting luxury items ahead of food – a Conservative-created myth. Even if there were extreme cases where this happens, this campaign is about ensuring that children do not go hungry…how can anyone with even the smallest hint of humanity vote against feeding hungry kids?

“Cllr Richardson and his Conservative colleagues should hang their heads in shame – their party created the need for foodbanks, their party tried to worm out of feeding hungry youngsters during school holidays and their party is now saying to the people of County Durham, “if you’re hungry, it’s your own fault for buying a phone!” – it’s disgusting.”

Labour colleague Cllr Kevin Shaw, who seconded the motion, said: “Food poverty is a crisis that is bringing communities in our county to their knees. It has been accelerated significantly through the politics of austerity and worsened by the economic shock of the COVID19 pandemic.

“There is growing concern among healthcare professionals that the situation could worsen, so we need immediate action from a Government only spurred into action when repeatedly humbled in the media by a young Premier League footballer.”

Speaking ahead of the vote to back Cllr Surtees’ motion, Cllr George Richardson of Barnard Castle East, said: “The basic right to food is a given and I’m full of admiration for those who manage their budgets in such a way, but how many of these people relying on food banks see their right to a given as having the latest iPhone, big screen television or whatever else they put before the food. They put it there for themselves, rather than the children.”

Cllr Surtees added: “Cllr Richardson and his party don’t understand the depth of the crisis his Government has created. The people who now rely on foodbanks are families with two working parents. They are nurses, walking out of a 12hr shift and heading straight to a foodbank. They are people who have been furloughed, lost jobs through COVID, are recovering from illness, have lost loved ones…they are our most desperate and vulnerable and we, as a council, must do all we can to look after them.”

Currently, Durham pupils eligible for free school meals has increased by 3,000 in the last year, to approximately 20,000 young people, with the figure continuing to rise. Over 100 community groups provide emergency food provision, alongside food banks and community initiatives providing low-cost nutritious food in areas of deprivation.

The motion calls for the ‘Right to Food’ to be incorporated into Government’s ‘National Food Strategy’ – the first independent review of England’s entire food system for 75 years. The aim of which is to identify the future food system the UK should be building, with a plan for how to achieve that vision.

There are currently 11 million people living in food poverty in the UK and if the motion passes, County Durham will join Liverpool as a ‘Right to Food’ county.

Ways to support the ‘Right to Food’ campaign:

1. Add your signature to our ‘Right to Food’ Campaign Pledge

County Durham Labour is collating signatories for the Campaign Pledge to make County Durham a ‘Right to Food” county.

Contact Cllr Surtees to add your name to the campaign: https://democracy.durham.gov.uk/mgUserInfo.aspx?UID=2228

Contact your MP to ask them to sign Ian Byrne MP’s Early Day Motion (EDM) #1251 on Food Insecurity / the ‘Right to Food’: https://edm.parliament.uk/early-day-motion/57840

To support the #RightToFood campaign, write to Henry Dimbleby, Chair of the National Food Strategy.

You can contact the National Food Strategy team at: foodstrategy@defra.gov.uk