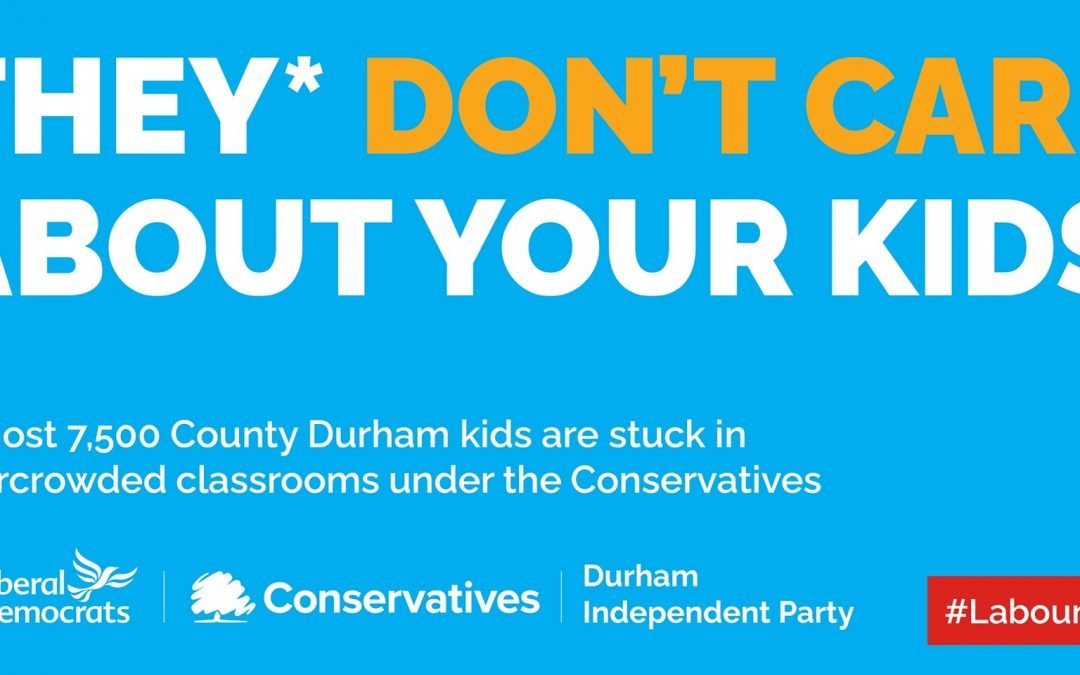 The Coalition Council approved the demolition of the Sunnydale site of Greenfield Community College in Shildon, pending consultation in the area.

Cllr Samantha Townsend, Labour member for Shildon and Dene Valley Division, slammed the move, claiming the school was a victim of underfunding during Government austerity and Cllr Matt Johnson accused County Durham’s Tory, Independent and Lib Dem councillors of “toeing the Conservative Party line”, rather than addressing the needs of the people who voted for them.

“Our schools have been deliberately underfunded – no money for maintenance, repairs, or equipment. Like the Prime Minister, this Council seems more interested in taking the easy option rather than addressing the main problem – Sunnydale has been strangled of funding for a decade. We should be making the case for improving our young people’s education, not closing schools because it highlights grotesque Government neglect of County Durham.”

Cllr Matt Johnson, also Labour member for Shildon and Dene Valley Division, said: “Labour is on the side of our communities and we vehemently oppose and condemn what the Coalition is doing.

“A Labour Government planned to rebuild Sunnydale School. A project cancelled by Michael Gove two months after the Lib Dem/Conservative Coalition was formed in 2010 – a school deemed viable and worthy of significant investment 11 years ago, now about to be thrown on the scrapheap.

“Come 2023 the Tory Government will have taken £263 million from Durham County Council’s budget –enough to build seven Sunnydale Schools. County Durham’s Tory Coalition should be working to secure a better education system for our young people instead of toeing the Tory Party line and helping the Government rip it apart.

“We hear so much about the great myth “Levelling Up”, when in reality this Government, this Tory-Led Coalition Council and the policies they have enacted have only been successful in “Levelling Down” Shildon and many other communities across our county.

“Quite frankly, County Durham deserves better than this, our schools deserve better and our young people certainly deserve better. The first report card is in for this Tory Coalition and it shows they are flunking and definitely must try harder!”

Sunnydale School has been temporarily closed since last year on health and safety grounds after an Ofsted inspection judged it ‘inadequate’. Cabinet members were presented with four options by officers:

Sunnydale has been part of Greenfield Community College since the beginning of 2015, following the closure of Sunnydale as a separate school. Education had been delivered across the two sites – but the Cabinet report claimed this “did not address the underlying challenges evident before the amalgamation.”