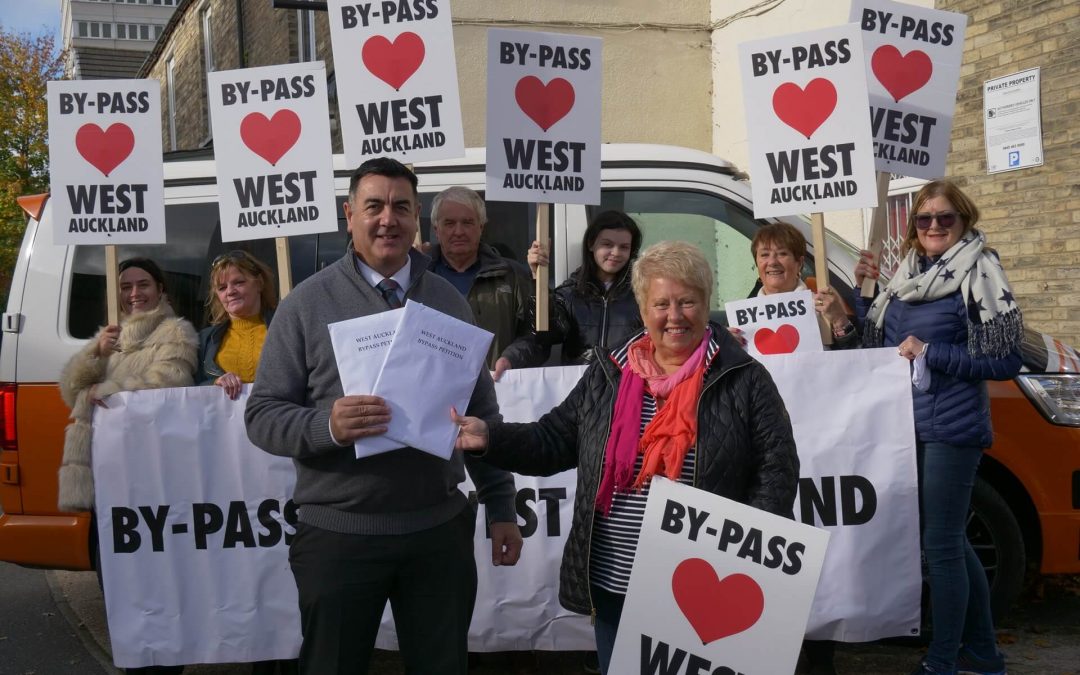 West Auckland has been hung out to dry by the Chancellor’s Budget plans, claim County Durham Labour.

The community, which petitioned for a re-think of controversial proposals for “half a bypass” at nearby Toft Hill, have expressed fears that the Durham County Council proposals in their current form will simply shunt traffic congestion from that village into neighbouring West Auckland.

In yesterday’s budget, Chancellor, Rishi Sunak, announced £20 million in Levelling Up funding was available for the Toft Hill bypass, as well as projects to reopen Whorlton Bridge and create a heritage corridor along the Stockton and Darlington Railway line.

The Parish Council and Cllr Yorke secured over 800 signatures for a petition calling for full public consultation to decide the best route for a bypass serving Toft Hill, Spring Gardens and West Auckland.

The petition was handed in to Bishop Auckland MP Dehenna Davison, who made the Toft Hill bypass an election campaign pledge in 2019, and Durham County Council.

Cllr Yorke, a vocal opponent of the bypass plans in their current form, tabled a motion at this month’s Full Council calling for a more holistic approach to the project, benefitting all local communities rather than just one.

He said: “It’s incredible that the Tory-led Coalition running Durham County Council is bulldozing ahead with these plans to create half a bypass against such vehement local opposition simply to help satisfy an election pledge by Conservative MP Dehenna Davison.

“Spring Gardens and West Auckland have been completely hung out to dry. All these plans will do is shift traffic currently clogging up Toft Hill into other communities. There is no doubt, a bypass that relieves congestion in all of these villages is required, but the project yesterday approved for funding by the Chancellor is not a solution. It’s a classic “half-job” – a half-baked idea to deliver half a bypass creating more problems than it solves.

“This will be great news for Toft Hill, but terrible news for people living in and around West Auckland and St Helen Auckland, who have neither been consulted nor had the opportunity to fully scrutinise these ridiculous proposals.”