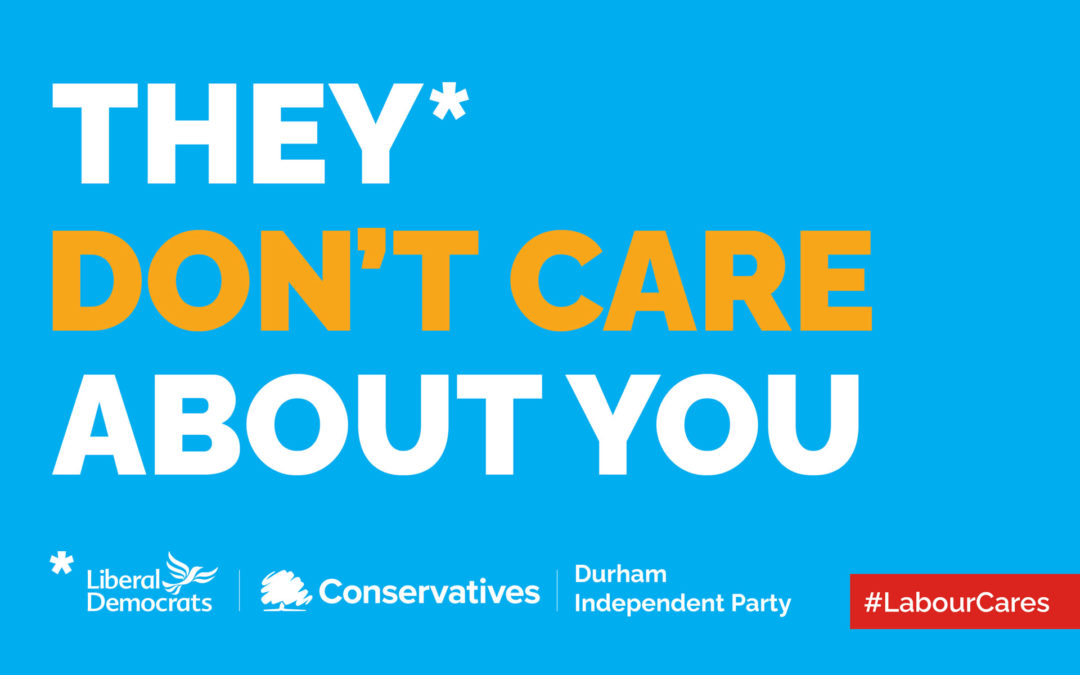 The Tory-led Coalition running Durham County Council has been accused of breaking promises and closing the door to business.

Labour claims that a year ago, when the Coalition gained control of the authority, it pledged to introduce a policy of an annual rotation of Council leadership, reflecting the make-up of the administration, which is Conservative, LibDem and Independent councillors.

Cllr Amanda Hopgood, leader of the LibDems, was installed as first leader, with the expectation that leadership would pass to Tory leader, Cllr Richard Bell, this year.

However, the Coalition looks set to renege on that, with Cllr Hopgood staying on for at least another year, according to Labour. The move is set to be confirmed at tomorrow’s (Wednesday) Durham County Council Annual General Meeting.

“Over the past year, we have become used to this shaky Coalition becoming apologists for shocking Government treatment of County Durham, claiming credit for work instigated and overseen by Labour and closing the door to businesses queuing up to base themselves in Durham, and now we can add breaking promises to the list,” said Cllr Carl Marshall, leader of County Durham Labour.

“The people of County Durham were told, a year ago, that there would be an annual change in leadership at the council – that it would pass from the LibDem, to Tory, then onto the Independents in the third year…is that not happening?”

Since the change in administration, Durham County Council has refused to condemn the Government for the cost of living crisis and its removal of the Universal Credit uplift, it has torpedoed plans to create 6,000 jobs in the heart of the city and left the council’s £50m new HQ standing empty.

“After a year of quite frankly shambolic running of Durham County Council and never-ending Tory Government scandals, the Durham Conservatives know they are seen as far too much of a risk to the Coalition.

“While they continue to unofficially lead this chaotic Coalition, happy to leave Cllr Hopgood in place under the pretence of being unified. And she seems content to do their bidding, as they continue to rack up a list of shame that includes denying there is an adult social care precept, backing the government over partygate and refusing to demand a better deal for Durham from this government during the cost of living crisis.

“Well, what I will say is that Labour has gained two seats in by-elections this year and three councillors have already split from the coalition and are now unaligned. That tells me that this sham of a Coalition, so shaky for a year is set to collapse sooner rather than later, as members increasingly refuse to dance to the Tories’ tune.”