Thousands of children will go hungry without immediate Government action. 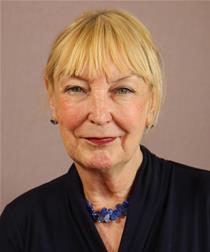 That is the view of Labour leaders trying to combat a half term hunger emergency, who have called out the Prime Minister and County Durham Tory MPs to do more to ensure youngsters are fed when schools break up this month.

Shocking statistics show a staggering 16,500 children across the county will lose free school meals in October, with fears rising that many face over a week without a warm meal.

Olwyn Gunn, County Durham’s Labour cabinet member for Children and Young People’s Services, praised the efforts of Manchester United and England striker, Marcus Rashford, for pressuring the Government into action on child food poverty in the summer, and backed South Shields MP Emma Lewell-Buck’s School Breakfast Bill, but called on the Government to take a more proactive and caring approach to the issue.

“The Government had to be shamed into taking action on child food poverty by the incredible efforts of a brilliant young footballer, who, in my opinion, is a national hero,” she said. “But I keep asking “Why?”. Why isn’t feeding our children the Government’s number one priority? Why does it fall to a sportsman to raise millions to provide meals for youngsters? Why does the Prime Minister do nothing until he’s humiliated into taking action?

“We have three Conservative MPs in Durham – our representatives in Whitehall. I ask, what are they doing to help children? Paul Howell, Dehenna Davison and Richard Holden, our so-called “Red Wall” MPs, were elected to provide County Durham with a voice in Parliament, but that voice remains silent on one of the single most important issues facing our communities at the moment – it’s time for them to back our efforts and, for once, put community ahead of career for the sake of the young generation.”

New Government restrictions introduced this week, in addition to high unemployment and millions on furlough, threaten to make things tougher for struggling parents, but even so, ministers have refused to commit free school meals for 1.4 million youngsters this half term.

New analysis reveals that County Durham, and large parts of the UK are heading for a food poverty crisis:

“Children and young people have had it tough this year – a Government that botched A-Level and GCSE results, caused havoc with university admissions and now seems ready to let millions of kids go hungry during half term.

“At every stage of this pandemic, ministers have been too slow to react. I’m afraid this is not something they can afford to dither over. Our children need help and they need it now, so their parents and guardians know that whatever happens in the next few weeks, putting food on the table is not something they need to worry about – County Durham children must not go hungry this half term.”

The Labour call to action follows publication of dire statistics and research revealing the impact of the Government’s COVID19 regulations on struggling families:

Research by the Child Poverty Action Group reveals the Coronavirus has left low-income families struggling with a significant deterioration in living standards: